Because a tachyon moves faster than light, we cannot see it approaching. After a tachyon has passed nearby, we would be able to see two images of it, appearing and departing in opposite directions. The black line is the shock wave of Cherenkov radiation, shown only in one moment of time. This double image effect is most prominent for an observer located directly in the path of a superluminal object (in this example a sphere, shown in grey). The right hand bluish shape is the image formed by the blue-doppler shifted light arriving at the observer—who is located at the apex of the black Cherenkov lines—from the sphere as it approaches. The left-hand reddish image is formed from redshifted light that leaves the sphere after it passes the observer. Because the object arrives before the light, the observer sees nothing until the sphere starts to pass the observer, after which the image-as-seen-by-the-observer splits into two—one of the arriving sphere (to the right) and one of the departing sphere (to the left).Technically or scientifically speaking tachyons are characterized as a hypothetical subatomic subtle particle with real energy but imaginary mass and which move faster than the speed of light. This energy has a positive spin, is unlimited and is found everywhere.

As early as the turn of the 20th century Nicolas Tesla was experimenting with this and other forms of “free energy”. Many others have studied it and during the mid 1990’s the quantum physicist Ernst Wall provided the mathematical proof of the existence of these particles, which he published under the title “The Physics of Tachyons”.

As Tachyon has no frequency and travels faster than light there is no direct interaction with our senses, and we therefore are simply not aware of them.

Why do we need Tachyon?

Our bodies cannot tolerate negative vibrational fields and when we are exposed to them we manifest dis-ease. To maintain a balanced and fully functional mental spiritual, emotional and physical body we need to keep our bodies supplied with positive energy. Each and every organ within our physical bodies can only function to a degree of their potential without the benefits of tachyon.

Physicists have found that all energies that are present and available are here for a reason. Our bodies are in a constant battle with pollutants and chaotic energies to maintain some form of equilibrium. Having tachyon available to us helps our bodies to return to this perfect form.

Constant use of tachyon will change the overall frequency of our personal vibrations. As Tachyon is part of a universal energy field, which we are also part of, it becomes a bridge between parts of the energy of our consciousness and that of the Universe. Tachyon energy is “Intelligent”, and therefore understands how and where we need it and gently supports us through our life journey, helping us to clear blockages on the mental and emotional levels, providing physical energy and ultimately growing us spiritually back to God.

The good news… you are the driver!

You do not give your power away to anyone. You learn to take responsibility for yourself while being held and helped in a quiet, effective unassuming way.

Anything can be tequenced (energised in a zero-point machine), but it has been discovered that only natural substances are able to hold the tequencing effect for an indefinite period. Man made items will gradually loose the ability to draw in Tachyon particles.

American and German products are available in glass and cotton, silk or wool. Metal disks are also being tequenced.

High quality crystal glass has been found to be one of the best substances to make pendants and therapy tools from, while metal disks have been found to be more suitable for use in counteracting electrosmog and geopathic stress.

Items that have been tequenced do not need any form of cleansing from negative energies as they simply draw in energy in a POSITIVE spin. This implies that glass and metal tachyons can be touched and used by anyone without their personal energy being absorbed. All items made from natural material e.g. Cotton or Silk can be washed as frequently as needed without affecting the tequencing effect.

What is special about the products available in South Africa?

The glass products available in South Africa were first introduced in 1997 and come from the ABEIEZ range of Tachyons. Today we still import from the ABEIEZ range which has been updated to include beautiful new tools. Their designs are based entirely in Sacred Geometry and are easily identified by the “A*Z” sandblasted onto each item.

The range of metal disks was developed in South Africa by Westgate Distributors and are made locally from metals with each disk being gold plated to ensure good conductivity of tachyon energy. Cellphone disks have been tested by Coghill Laboratories in the U.K. to measure their effectiveness in transmuting the negative energy generated by cellphones. The results of these tests were exceptional and proved that these disks protected the users from those negative energy emissions.

We are all made of matter which is vibrating. Using Tachyons will increase our vibrational frequencies to the highest point that we are comfortable with. As our vibrations increase we will bring in the necessary lessons to enable us to grow, to what we chose to incarnate here for and in this way help us to achieve our goals.

In Europe, Tachyon tools and pendants are available from Fostac. Note that each region has its own set of tools and this may differ from one site to another.

In Australia, Tachyon tools and pendants are available from Tachyon AU. Note that each region has its own set of tools and this may differ from one site to another.

In America, Tachyon tools and pendants are available from Tachyon Energy Products, Planet Tachyon or Tachyon Living. Note that each region has its own set of tools and this may differ from one site to another.

Most Energy Healing sessions are done offline at the appointed time, after the session I send you a voicenote*, via WhatsApp, Telegram or email, along with supporting documents, photos and/or images. Some appointments are done via Zoom and you can connect via your computer, digital device or phone.

* If there are language barriers I can send a typed report instead of a voicenote. This can easily be translated with Google Translate — please indicated with a note. 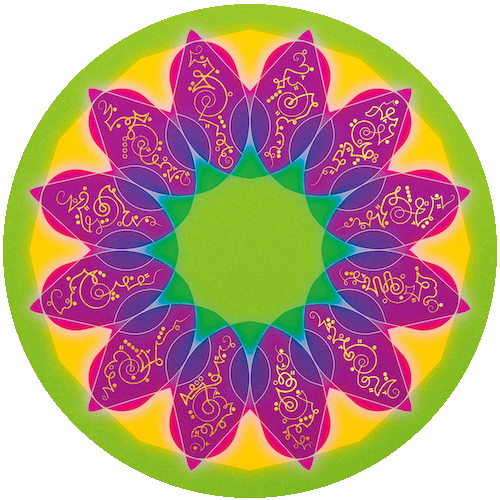